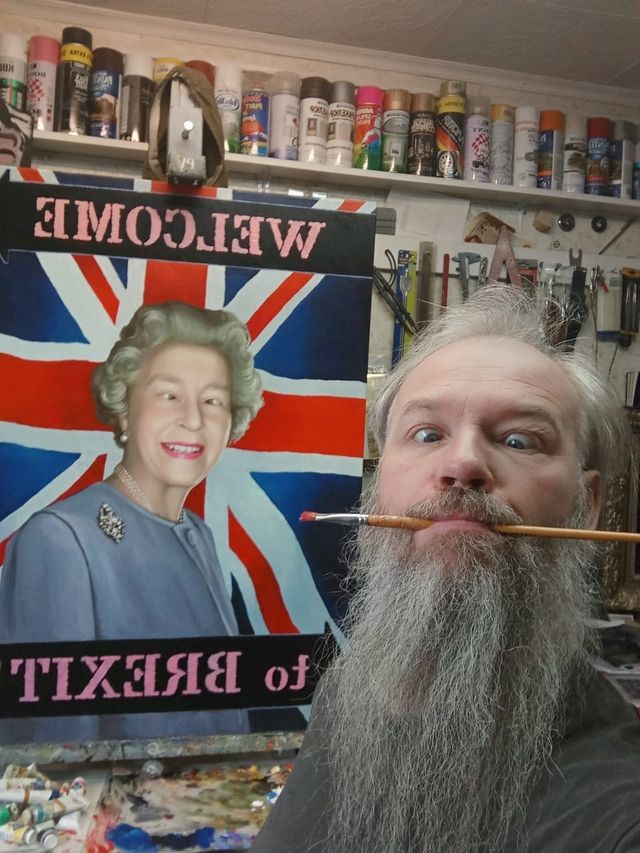 Brexit Or The Woman with the Corgis

Laaf's expert on Russian art Svetlana Kuznetsova (check her subpage under Artists) kindly provided this image together with the vague promise for a Slonov solo exhibition in London! 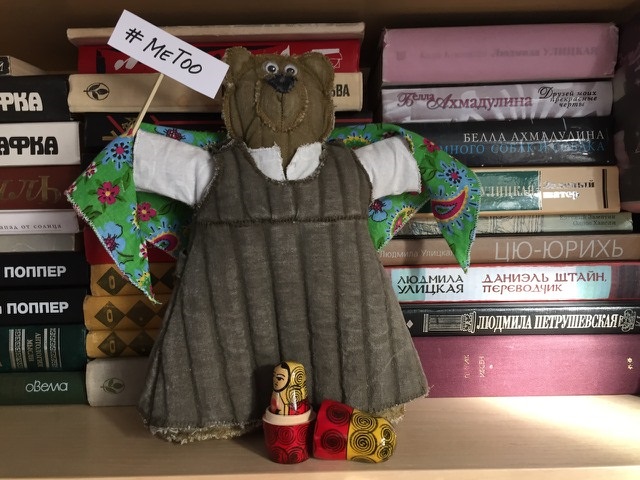 The movements of the Siberian Cotton Bear Division

The Siberian Cotton Bear Division is advancing towards Moscow to seek justice and free their Cotton Bear brothers and sisters.

Two months ago, the exhibition of Siberian resistance artist Vasiliy Slonov, taking place in Winzavod gallery in Moscow, was destroyed by activists of the nationalistic political group SERB (South East Radical Block; active on the territory of Russia and Ukraine). Some of the exhibits, The Siberian Cotton Bears, were destroyed; others kidnapped by the attackers. "What do this mob do to them? Maybe they use them as Voodoo dolls sticking needles in them? Or are they being tortured? Are their paws torn off?" Artist Solonov asks, but who could answer.

Employees of the gallery and art experts and professionals invited to the opening event were injured. The vandals spat at FineArt Gallery curator Irina Filatova and verbally insulted Russian Academy of Arts academician Aidan Salakhova and other visitors.

One can only imagine the surprise of the Artist and the guests of the exhibition when realizing that the Moscow Police officers on duty not only did not protect the present audience and art exhibits, but took the surviving Siberian Cotton Bears to the police station, probably for interrogation. Further more, despite the event, in its integrity, being captured on CCTV cameras, Moscow Police refused to open a criminal investigation.

Earlier this week, the artist declared on his Facebook page that he is assembling the Siberian Cotton Bears Division, which will move to Moscow:

"It will be a cultural non-violent campaign for the sake of the triumph of justice, the rehabilitation of the truth and the release of captive wadded bears. The situation is, in fact, crazy, absurd: toys, cotton bears, have been detained in police custody; whilst the pogromists from SERB are running free and unpunished already two months now".

SERB has long been Moscow's nightmare. Previously they have vandalized two exhibitions at the Red October Gallery, sabotaged multiple performances, attacked Sakharov Center (a museum and cultural center in Moscow devoted to the protection of human rights in Russia and the preservation of the legacy of the prominent physicist and Nobel Prize winning human rights activist Andrei Sakharov), doused people with green paint. Certified experts calculated the damages caused by SERB mob at Vasiily Slonov's exhibition at Winzavod Gallery at twenty thousand euros.

More on the issue could be read at:

More on Vasiliy Slonov at:

Special thanks to Svetlana Kuznetsova, LAAF's expert in Russian Art, for the provided materials and photos.

Vasiliy Solonov a Colonel in the Cotton Bear Division, photo from the net