Tune in the Times of COVID19

Of the two I prefer the one mocking Bulgarian Orthodox Church's decision to continue distributing sacrament in the Times of CIVID19. 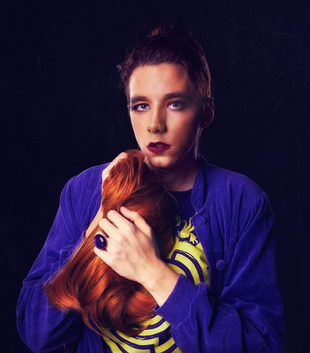 A year ago I moved away from my country

Today is a very important day to me. A year ago I moved away from my country, because I was scared that the neonazi and prorussain politics of our government is not going to do me any good in the future. A year ago I decided to do Erasmus in a different university, because I was highly disappointed by Sofia University. A year ago I ran away, because I wanted to be able to wear make-up, dresses, tights, nail polish and all the rest. I wanted my freedom, but I didn't know that my freedom would cost me: my language, my friends, my family, my social connections. A year ago I tossed away all of my artistic fame that I used to have (like it or not - I was quite well known in the underground scene) and I tossed away all of my valuable artistic contacts. Throughout this year abroad I've learned several vital lessons: When you have an argument, make sure it's not in written form. Bread enhances the gaining of weight. Big cities can be cruel - you either crush them or they crush you. Homophobia is all around the world. The only difference that it's not always directly in your face. Unfortunately, I'm slightly racist and it's okay to address that and it's okay to work on that. I look pretty good with green and blue lipstick on. Sometimes you have to let certain people go. And it's okay. Public transport can actually be a very nice experience. Reading Shakespeare in original is priceless. Rereading your favourite authors in a new cultural/geographical context is priceless. You always need less objects, then you actually want to take. It's just your subconscious trying to make you feel "more" at home by stuffing your room with things. In a new country you'll always be destined to be "the foreigner", "the outsider", "the different one". You'll never be fully integrated and there's always going to be someone kindly reminding you that you're not one of "them". Just accept it and go with it. Not all Germans are on time (thank God) and not all Germans hide their emotions (thank God!) and not all Germans are non-spontaneous. German bureaucracy or Studierendenwerk don't really care about the students. They care about the papers that the students hand in. You're only the function and summit of paperwork that you have to present, not a human being. Be careful with getting too attached to Erasmus students. They're bound to go back to their home countries, so keep half of your heart to yourself. Rewe is 1000 times more expensive than any other Supermarkt, but it just tastes so good. You can totally rock a pyjamas like trousers. Accept the death of your social atom in your home country. Accept that you'll be forgotten. Many people will forget that you even ever existed and you'll forget many people in return. It's not the end of the world. Just keep on moving. For this short period of time I've achieved the following: Reached from level A2 to level B2.2 in German language. Made a lot of valuable German and international friends. Improved my make-up skills. I've become the master of omelettes. I had sex with a refugee (and it was fantastic!) Saw "Cats" for free. With the cost of a lot of tears, depression, anxiety, anger and desperation and A LOT of waiting, managed to luckily become a vital part of the Cologne Underground scene. Took part in several editions of Kunst gegen Bares. Took part in Far/Off Festival, The Summer Eberplatz Festival. Sang in a church in drag with Batman during Resonanz St. Gertrude. Took part in a performance art school/workshop. Worked in open spaces with the nomadic performance network Paersche. Got invited to take part in The Cologne Theater Night. Got invited to take part in the Festival Night of Surprises. Tried dating seriously twice by so far, but failed miserably at it. Fell from a bicycle and learned some new terminology in German at the ER. 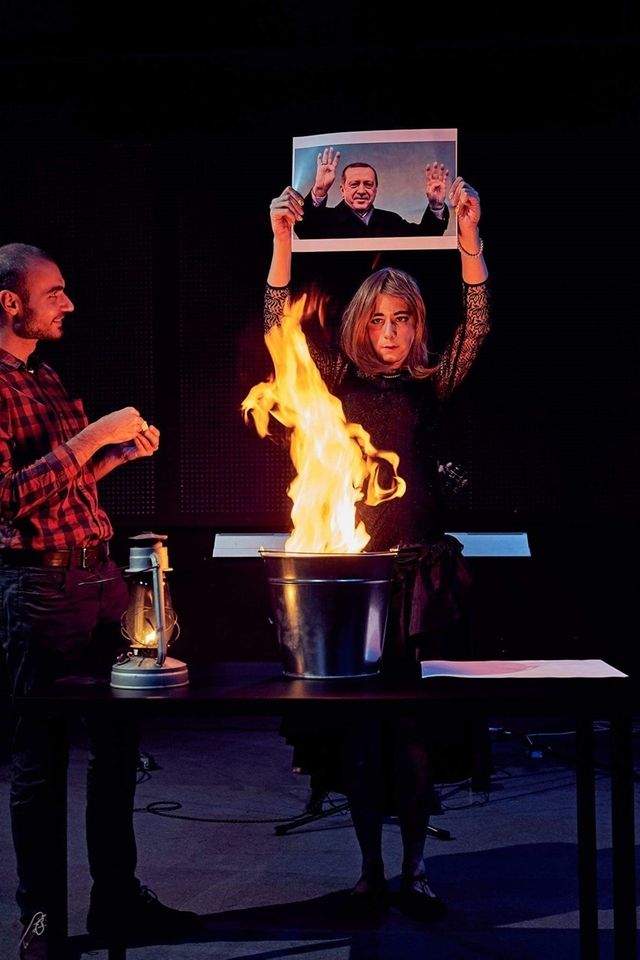 The Song of the Nightingale

In the light of the recent news about the closing down of Turkey's  Opera, state theatres, and ballets with a presidential decree   until artists and entertainment groups were “harmonised” with the new Presidential system; LAAF would like to share with you a photo from one of Peter Nightingale's  theater performances - Gender(Fluid).

This is the last scene of the performance where LAAF  burned a photograph of Erdogan altogether with some other lovely politicians.

For more of Peter Nightingale

Costa in Soho? Even worse.

The sweetest, campest and most natural complement to Soho that is!

After a pint at Compton? Have a Salted Caramel Eclair.

After sweating in G A Y? Have a mint-green Milky Late served in pink and gold porcelain.

The Rainbow Cheesecake Eclair? Have it at any time.

Can't wait to see how it will be served...