In Paris we fly by immersive art

From hell to heaven in a day

I made this strange journey from Hell to Heaven by visiting the heartbreaking exhibition Millennial Cities: A Virtual Journey from Mosul to Palmyra at L'Institut du Monde Arabe/The Institute of the Arab World, Paris. I didn't need convincing to go, but plenty of courage to do so. "I have to go there with a hangover", I told my friends, and went to IMA early morning, as good red wine hangover doesn't drag long. And I needed it, the hangover, as Mortal War Damage or Killed by Death, are the other names оf this exhibition. It opens with Mosul where tears fill my eyes, but don't run. The ugliness of the ruins in contrast with the beauty of the sights when they were still alive, projected next to each other, have such a petrifying effect that all emotions hang in the air between the walls, freeze and break into cold dust. The ancient city of Nineveh, the tomb of the prophet Jona - a shrine for Muslums, Christians and Jews, the old city, and the Great Mosque of Al-Nuri are there simultaneously dead and alive. Then Aleppo and Palmyra and Leptis Magna all there in 3D, and not there. Nonexistent. Existing as dismembered skeletons. And I am there, admiring and thinking, "You did great. You preserve it, at least as a virtual image, as a memory". And I am also there thinking, "You did it again. You found yet a new way to take something from somewhere else and put it in your museums". This is an exhibition to be seen in autumn, and the winter. The sun always comes back in the spring. The sun always comes back shining. This exhibition also features great testimonies: interviews and documentaries. At the Institut du Monde Arabe until 10 February 2019. 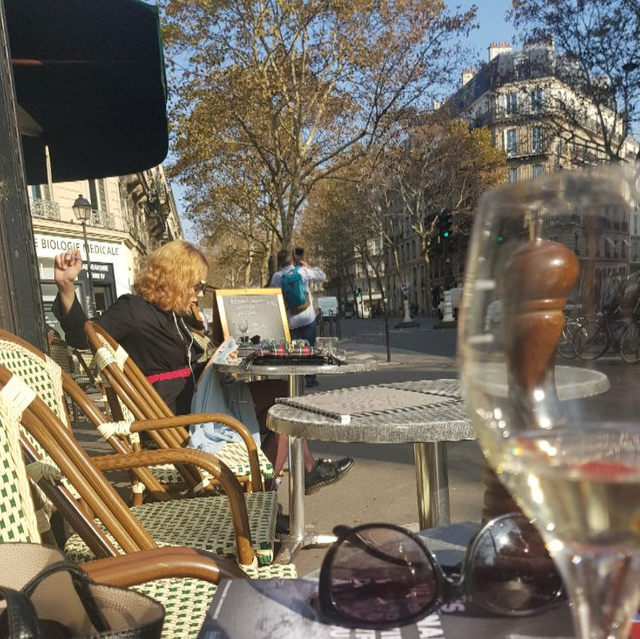 In Paris we fly by the needle; not in the vein, nor in the vinyl, but in..

Once out, Paris with its cordial filth turns me back to life. I am heading to L'Atelier des Lumières. On my way que des merveilles: the Pont de Sully with l'Île Saint-Michel on my left, the boats over the Seine on my right. Puis boulevard Henri IV... The autumn sun, hanging low, shines on the terrace of Le Reveil Bastille where the joys are many: le Petit Chablis, la rémoulade de celerie, le veau a la normande and...the Little Needle Worker. But before I forget I have to say: French portions are not as small as I remember them. Which is strange, having in mind that a) it is scientifically proven that our memory tends to magnify objects and spaces from the past, so when we see them in the present they usually look smaller than we remember them, not the other way round! b) my stomach did certainly not grow any smaller since my last visit au pay des bisoux et CRS. But yes, ordering a starter and a main, no matter how delicious, turned to be hard work in contemporary Paris. And yes, the portions are good for a man. Congratulations! Which makes me think of a subject I have been longing to discus for a long time: starving restaurant staff cannot feed you well; with its subsubject: why les garçons des bistreaux parisians are happy, funny and cheeky with those who chat French; and why their colleagues from the casual eateries across the channel aren't. But with these pertinent questions of the savoir vivre we might as well deal when back to London. Thus, while I am lunching, a marvellous little scene is developing on my right. For there is this little French dame, and by little I mean in age mostly, in a... no, it is not a Parisian chic as le chic parisien ne saute pas aux yeux, but it is rather how a Parisian girl imagines how the outside world would imagine Parisian chic. And it is very pretty, and it has as much to do with Parisian chic as the young Alain Delon had to do with Parisian men. But what is more important is that she is not there just being pretty looking Parisian. No, she is actually doing something. She has this washed up blue Fila jumper on her table and she is embellishing it with finely worked forget-me-nots. A charming spectacle. Lagaucherie on Instagram is where you could find these products of excellent Parisian savoir vivre. Why I say "excellent product of savoir vivre"? Because when you wear your new, second hand Fila jumper you will know that each thread had breathed proper Parisian air under magnificent plane trees and each stitch was accompanied by a sip of espresso, a puff of cigarettes; between two portions of delicious food with wine, under a civilized sun. And touched, turned up and down a million times by gentle Parisian hands. 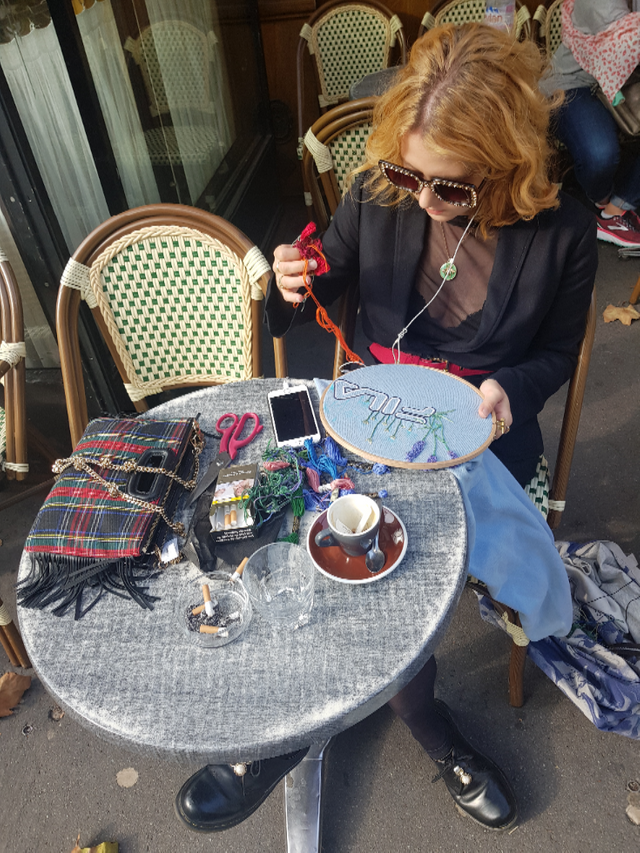 I then walk to Atellier des Lumières and find myself in heaven. Or in heaven's highest pitch; if we take the pissodorant splendour of the city's boulevards for its lowest. There are Gustav Klimt, Egon Schiele and Humdertwasser's all in "Immersive art" version; which is what eventually makes the tears gathering in my eyes the whole day run. The dimensions of the "show" are formed by 3D projection that goes on the four walls (and the walls are not all straight) + the floor, and there is the music and also the people that move in the space that count as D+. Sometimes the paintings are built from a detail; other times the other way round decomposed, but all three Immersive-units (don't think there is a name yet to call these pieces of art-covers) dedicated to the three painters' work, great in the three particular ways of the original artists. It is ingenious, to recycle art this way, once more, with modern technologies. A wonderful way to both introduce our children to old art classics and make us relive them once more fresh as new. Gustav Klimt, Atelier des Lumieres, Paris until 6 January 2019.

This article was written thanks to University of London's tube advert "Do what you love". I was staring at it thoughtlessly, on my first tube journey back in town, when eventually my eyes focused on what was there. Took my mobile out and started writing. Yes, LAAF doesn’t need much encouragement to write, it is simple as life and love; and just like them doesn't take much to get started. This article took three days longer to write than it should have, as this same evening someone spiked my drink when I was out with a friend in Soho. I am not sure what was put in it, but it took me out of rails for three entire days. My male friends said "Why do you go to such places?" Whatever "such" may mean. No, darlings, these are the same old places. It is just that they have changed. The town has changed dramatically these last two years, making it a very dangerous place for women, be them experienced and accompanied. So whoever talks about empowering of women, should think policing and managing a safe urban environment in London first.

There is no video clip yet 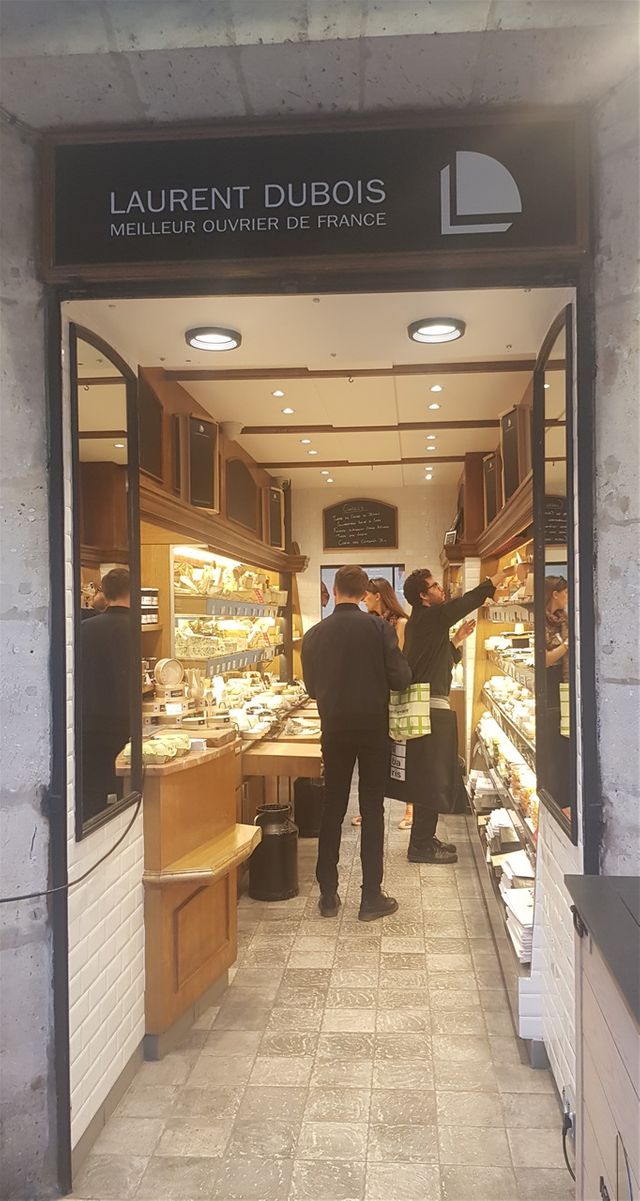 In Paris we fly by cheese

And it is not only your old stinky piece of cheese ... it is your dessert and cheese in one! The discovery of an innovative cheese house was one of the brightest moments of my Fly by Paris Trip this October. I was on my way to the English House dans la Marrais, the equivalent of the French House in Soho, when my Cheese-Loving Genius started whispering to me: “Right”, then again “look right”. I look to my right and see a glass window filled with meringues, almond balls, cherry hearts and other pleasantries; and just when I am about to pass by the Cheese-Loving Genius says “Yes, but look at them closer. Aren’t they suspiciously white? Aren’t they unusually creamy? Just go and look closer at them”. So I do, and find out that the marvels of the display are the pinnacle of la fromagerie rather than la patisserie. The almond ball is of soft goat cheese covered with almonds flakes and filled with raisins drenched in calvados. Next to it is the cow cheese heart covered with sour cherries, next to the pavet d’chevre with orange confit, next to next to… While in the window behind me there are the examples of another novelty. Cheese parcels for starters, with garlic, dried tomatoes, anchovies, artichokes drenched in truffle, argan, avocado oils etc etc… Thus, there lieth a masterpiece next to a chef-d'oeuvre next to a superstar and a superhero. After what must have seemed to the handsome cheesemonger an eternity of ohs and ahs, I part with a goat cheese meringue filled with figs and walnuts in the shape of a heart. An excellent finish to the dinner party for five that we had later that evening. Laurent Dubois, meilleur ouvrier en France, is written over this cave of Ali Baba. And I absolutely don’t doubt it. This is one of France’s best oevres. Laurent your name is not Dubois, its D’Or. Or Bois D’Incense or Chevre d’Or. Your next step Laurent will be a box of luxurious cheese bonbons. Just a bite each. A remedy for all pain, a guilty pleasure for all suffering Briefly, you will find Laurent Dubois, at Metro St Paul, on your way to Vin de Pyrenees, which is how the English House in the Marais is called. 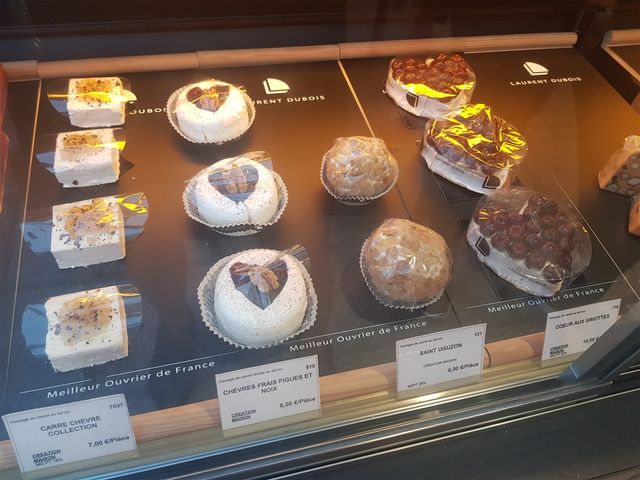 In Paris we fly Lime

In Paris we fly by broomsticks, pardon by trotinets. Lime trotinet in Paris is the closest experience one can get to a broomstick transportation without a long belonging to a coven. Its electric acceleration is such that it might send the careless driver flying over the paves et voulà into the river. Just like the real briomstick, the trotinet appears at one's command when most needed: hop under a tree, when one gets tired; hop, next to the metro exit when one is in a hurry. In a word: pure urban magic. 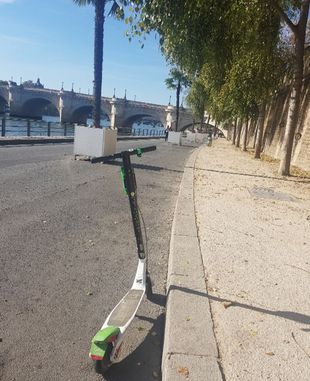 In Paris we fly Paula Rego 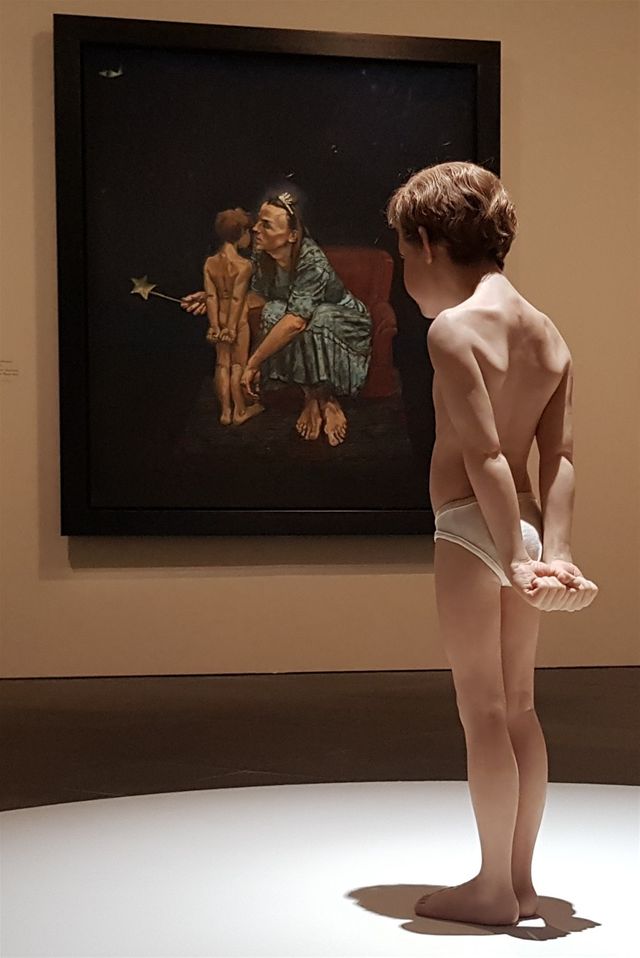 ● In Paris we also fly by Paula Rego. The artist with the mighty muscle who makes Renoir, à coté, look like a maître décoration. Paula Rego, who in her strong fist crushes into dust all exhibitions seen so far this year.

Amazing stuff by the author. The places of Paris are looking awesome to try. I will be there after my https://www.goldenbustours.com/niagara-falls-bus-tour-packages/